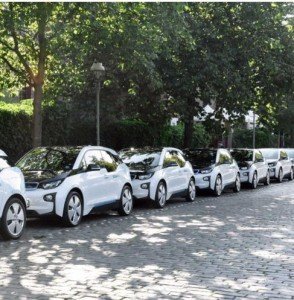 The Benefits of Riding Green Cars

I am an environmentalist. I don’t just use eco-friendly products. I ride them too! Yes, you read it right. I ride in green cars! I started eco-riding with green cars after when I read something about the earth’s present condition. I didn’t realize the how endangered the ozone layer was until I read that piece of information. I learned too that car pollution was one factor that seriously affected the environment.

The conventional vehicles involve too much fossil fuel usage. When a car engine continuously runs, different gasses and particles are released. Therefore, these emitted substances impact the environment. Gas emissions can be in forms of greenhouse gas, carbon dioxide or hydrocarbons like nitrogen oxide and sulfur.

I’m so glad many car manufacturers today are becoming environment conscious. Leading companies like Toyota and BMW, among others, are also promoting a healthy environment. Green cars are now part of most companies’ sustainability efforts.

What I like most about my eco-riding are the many benefits I get. I’m sure owners, drivers and riders of green cars will agree with me on this. Since green cars run on electricity or alternative fuels, they don’t require the use of gasoline.

Before I tell you the benefits of green cars, let me share with you first some more important information. There is a big distinction between eco-friendly vehicles and the conventional ones. They may appear similar physically, but the two means of transportation are totally different in materials.

They differ in the manner they are run, too. It is also important that we know which companies to trust when buying green cars. In this article, I’m going to share with you everything you need to know about these eco-friendly autos. And above all, you will discover the wonder of these green cars!

What are green cars and why were they developed?

Green cars are vehicles that are more eco-friendly than the conventional ones. The manner of fueling is the typical distinction between the green and the conventional cars. For the benefit of those who are not yet familiar with the difference yet, let me describe to you how the two cars work. Typically, the traditional car functions utilizing an internal combustion engine.

This engine burns fuel in order create movement. By the way, fuel is also called the fossil fuel. This means that it is not renewable and will eventually run out. As a result of the burned fossil fuel, there is greenhouse gases emission that comes out to the atmosphere. These greenhouse gases are proven to have contributed to the impact of global warming. Do you see now, the danger of using the conventional cars? This is one main reason why green cars have been developed. They are created to lessen the harm done to our environment.

Use Less Oil with Green Cars

Do you know why I prefer riding green cars? Well, green car uses less petroleum than the traditional vehicles. There are even green cars today that consume purely renewable energy to fuel their engine. There are different green cars available in the market today. These are the electric cars, solar cars, hydrogen cars and hybrid cars.

While the conventional cars are becoming more and more demanding, and so are the green cars! You’ll be surprised to know that the eco-friendly vehicles in the market today are quite a lot. Don’t get overwhelmed. Just make sure that when looking for a green car, you’ll check the CO2 emissions. By doing so, you can already assess how eco-friendly that particular vehicle is.

A vehicle with CO2 emissions of below 100 g/km is considered a quality green car. Also, consider the tax band. According to green car experts, the lower the tax band is, the better! There are many green cars today that cost almost nothing on tax due to their low emissions of CO2. 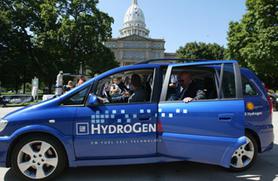 You will also find many different companies that now manufacture green cars. It is best best if the car you are buying is manufactured by a company that has been trusted in the industry for a long time now. It is best to choose the company you know very well.

Opt for the manufacturer that has been expert in car manufacturing like Toyota, for one. Several years ago, Toyota partnered with Tesla Motors for the manufacturing of its EVs. This partnership was formed to meet the increasing demand for green cars in California. The cars Toyota and Tesla offered were not just eco-friendly but affordable too. One of them is the Model S Sedan. It was offered for just $49,000. It also runs 300 miles on about 3 to 5 hours of charging.

Honda is another company you can trust when it comes for green cars. The company’s Fit EV is one of its best-selling green cars. It does not use any form of gas. Therefore, it does not produce any emission.  As a whole, this model utilizes less energy to perform more efficiently. You’ll be more impressed with Fit EV because, aside from the zero-gas emissions, its seats are made of sugarcane. The manufacturer used sugarcane because this crop does not contribute to the growing demand for any nutritional source of food like soy and corn, among others.

As I mentioned earlier, eco-riding has lots of benefits. First, green cars produce less carbon toxins compared to the conventional vehicles. I feel good that by driving or riding in a green car, I can help save the environment.

Second, eco-friendly EVs immediately develops a remarkable to any person using and riding in them.

Thirdly, it is also my way of expressing my love and concern for the environment. Green cars offer huge savings too. Because they are not emitting any harmful gas, humans are less likely to get sick. There’s no room for spending for medication and hospitalization here.

Green cars may not be that popular still. I totally agree that we can never go wrong with opting for the green cars. Considering they are non-polluting, users are guaranteed of ample saving too!

Have I convinced you to consider the green cars?